We’re finishing up the Safari project – a game about a carrot, which was worked on in close cooperation with Andrzej Blikle, the author of the very interesting theory of dignity management, which was explained in detail in the book The Doctrine of Quality.

The game SAFARI is, above all, about management and motivational systems. It takes into account the theories of dignity management, authored by professor Andrzej Blikle, who took an active role in the creation of this game.

Why are we designing a game on this topic?

We are designing games to integrate knowledge, processes, and competences, and to get employees engaged in the goals, changes and growth in their organization. Participants by taking part in the SAFARI game will be able to experience the effects and results of implementing motivational systems. The game allows for better understanding of the theories through the experience of them in action.

Educational games – What to know

Who is professor Andrzej Blikle ?

Andrzej Jacek Blikle – a professor of mathematics in the field of mathematical foundations of informatics, employee of PAN, and member of Academia Europaea. Head of board for the association Adam Smith Initiative of Family Firms and Consulting Foundations Center as well as over 20 other organizations. He also holds a diploma for confectionary mastery.  From 1990-2010 he ran the company A. Blikle, growing it from, at that time, one confectionary to now fifteen locations in Warsaw and eight franchises outside Warsaw. Today he is a member of thier supervisory board.

Awards won for the first edition of the book “The Doctrine of Quality”: 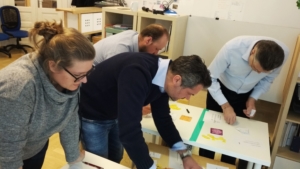 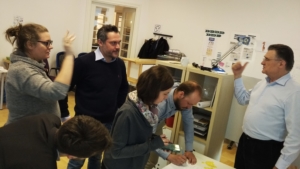