Pracownia Gier at Forum on Global Governance in India

Pracownia Gier held a workshop based on HexGame simulation. It took place on November 15th, 2013 in Delhi at Asian Forum on Global Governance.
The Asian Forum on Global Governance is an annual workshop jointly organized by the ZEIT-Stiftung Ebelin und Gerd Bucerius, and the Observer Research Foundation. The primary objective of the forum is to provide an instructional and networking platform for young professional leaders to discuss, debate and challenge conventional interpretations of the existing complex realities confronting communities and leaders.
The Asian Forum gathered young leaders from around the globe. They come from diverse career backgrounds in politics, business, civil society, military, media and academia. Forum provides a unique opportunity for them to confer with high-ranking figures from the political, business and academic communities.
4-hour workshop, held by Pracownia Gier Szkoleniowych, was for participants a confronting development experience in the field of leadership. HexGame simulation has set for the participants a number of challenges which can be faced by young leaders while managing a multi-level organization, in a situation of uncertainty and crisis.

Games and simulations are on the list of recommended development tools, in the report of Center For Creative Leadership, which deals with new trends in the leadership development of the XXI century. Reaching to the achievements of developmental psychology, authors of this report postulated changes in the training programs of leaders. This involves adding consciousness development tools, which are almost absent today, rather than expanding leadership skills participants can learn. It turns out that the higher the level of consciousness leader has, the broader and multi-dimensional his way of perceiving reality and his role in it is. The level of acceptance the diversity and uncertainty is also higher. Games and simulations, through a combination of actions and structured reflection, enable simultaneous training of leadership skills and create the space for consciousness development. They are thus an interesting alternative to traditional forms of training. 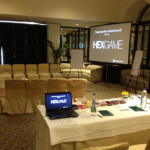 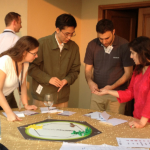 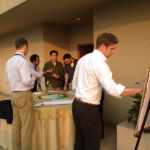 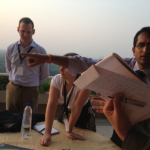 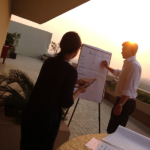 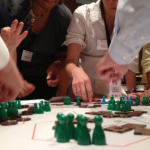 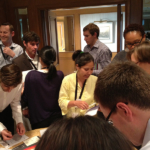 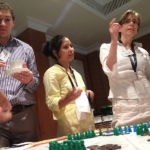 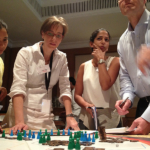 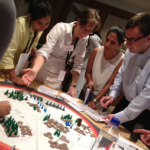 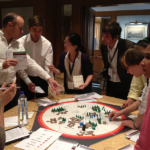 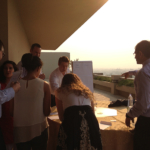