During the first Polish edition of ISAGA Summer School 2016 Pracownia Gier Szkoleniowych had the pleasure to play our own original game, which won an award in Canada in 2010. The game A Matter of Time, about personal time management and planning in project management was played during ISAGA Summer School 2016 as an introduction to the workshops of professor Willy Kriz.

Summer School has been being organized since 2004. Every year the participants come from various countries on various continents. The hosts of the event have been, among others, Bangkok, New Delhi, Atlanta, and Singapore. The year Krakow was chosen, of which we are immensely proud! The possibility for Pracownia Gier Szkoleniowych to take part in this project is for us is an honor, we can in this way meet with passionate people and experts of games methods and simulations from all over the world, and thereby share our experiences.

ISAGA, The International Simulation And Gaming Association, is prestigious and the oldest organization focused on educational professionals and employees using simulation games in their practice. The beginnings of this organization go beyond the seventies. The main mission of ISAGA is promoting knowledge and developing creative skill in so called “serious games” as well as their application and popularization in educational and business circles, even through the annual ISAGA summer school organization. 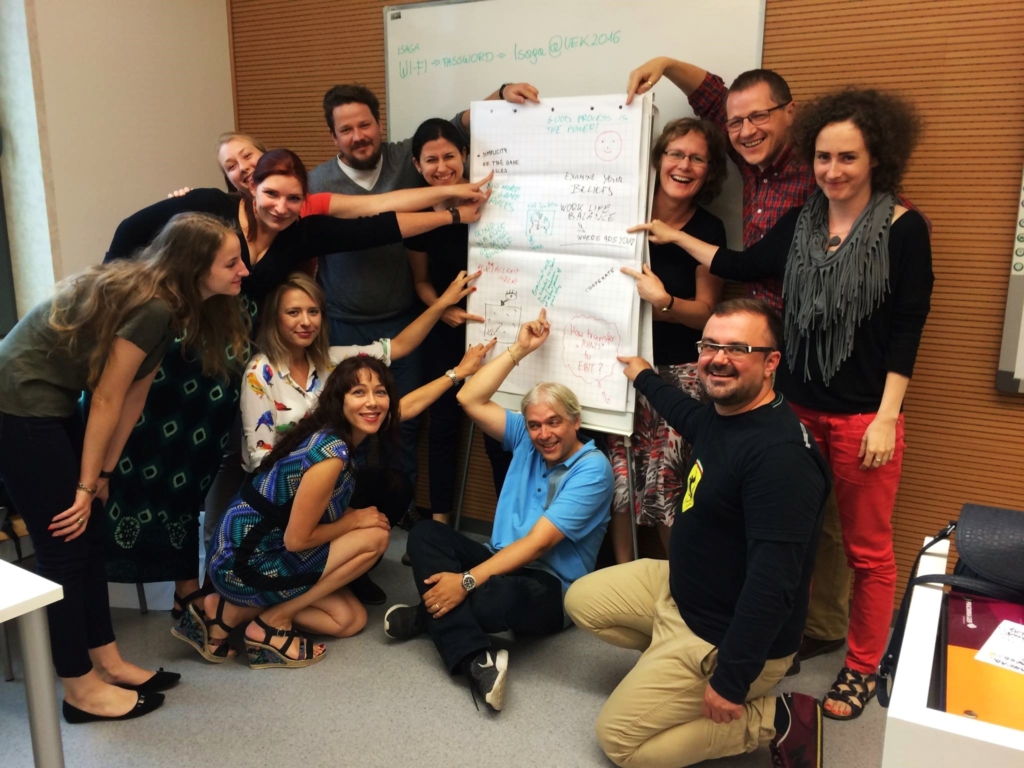